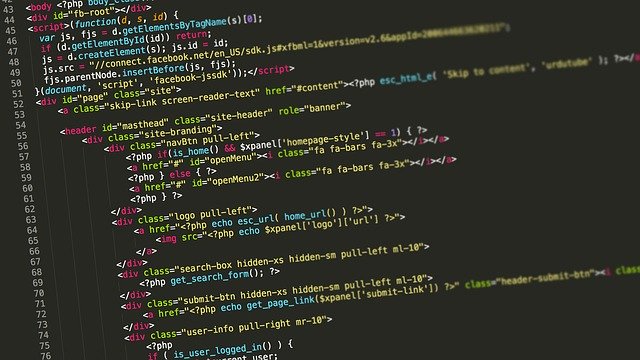 There are several ways in which a computer program written by a software developer can be executed by a computer. The code that the developer sees and edits is called the source code of the software; it must somehow be converted into the machine language of the computer in question that can be executed by the processor. Broadly speaking, there are the following options:

There are all kinds of intermediate forms and variants.

A higher (ie compiled or interpreted) programming language is designed to allow the programmer to specify as clearly and elegantly as possible what a program should do in terms of what the programmer thinks about the problem, without detailed knowledge of exactly how it will be executed by the computer : such languages ​​provide high level abstractions and are machine independent. Assembly language programming is done only if specific knowledge about the precise operation of the computer in question is to be used, for example, otherwise the program would use too much space or time.

When compilation is involved, a distinction is often required between actions performed during the editing of the source code (‘at edit time’), during the translation process from source code to target code (‘at compile time’), and during the execution of the target code (‘at run time’). At each of these stages, software can support the programmer, for example, by checking the validity or meaningfulness of certain operations or expressions.

A program that has been translated into target code with a compiler can generally be executed faster – partly through optimization – by the computer than when using an interpreter, because the latter always has to convert the commands to machine language first – the equivalent of the compilation is done in run-time. Many languages, however, work with an intermediate form, in which when a program execution order is given, a compilation to intermediate code and / or target code is still done: Just-In-Time compilation.

In a language that is not turing full, a smaller number of problems can be solved than in a turing full language. For example, in SQL you can calculate totals of tables of data, but you cannot calculate the shortest route between two points in a graph.

It is possible to program computers directly in their own machine language: directly specify the ones and zeros that can be understood by the processor. This was common for the first computers, groups of 8 bits were set with switches. However, it was quickly discovered that it was far too difficult to maintain programs written that way. Therefore, a symbolic way was quickly devised to display the machine instructions as text in the form of mnemonics. This made it easier to read instructions. Such code, which largely corresponds one-to-one to the instruction codes, is called assembly code or also assembler and is written in assembly language. A program that converts this code into machine language is called an assembler.

The generations are often abbreviated as GL, for example 3GL, as an abbreviation for 3rd Generation Language (s).

One of the first higher programming languages ​​was Plankalkül, developed in 1946 by the German Konrad Zuse.

The development of programming languages ​​has clear parallels with those of natural languages:

Thousands exist; new languages ​​are constantly being added, while languages ​​are also becoming obsolete. A programming language can become unusable (if there is no compiler or interpreter that works on a working computer) and even get lost (if knowledge of the language is also lost).
Their popularity varies widely: some languages ​​have only ever been used by their own creator, while others are used by millions every day.
Used languages ​​usually develop, with extensions and changes being made in successive versions (for example, VB.NET no longer resembles the BASIC from which it was developed). This development does not have to be linear: one language can be based on another or to a large extent incorporate elements from other languages; a language can also split into different versions, each of which develops further.

To describe programming languages, a meta-language has been devised: BNF or Backus-Naur Form. It only describes the form (syntax) of programs written in the language, not their meaning (semantics).